Knee Strike Anatomy is simply a strike with your knee. It is a very dangerous move as it can severely injure the person receiving it, due to this, it is not allowed in many combat sports. Knee Strike is allowed in styles like Muay Thai and it is a predominant part of it. Knee strikes are native to the traditional Southeast Asian martial arts and traditional Okinawan martial arts.

Knee Strike utilizes one of the body’s natural weapon, the kneecap, transforming the leg into an incredibly powerful battering ram. Particularly effective when used against a soft tissue target, a knee strike is also a very effective exercise. It uses both lower and lateral abdominals, glutes and front hip flexors and combines it all with the physics involved around the whiplash motion of the upper body, pivoting over the hip joint to help increase the power the move delivers. If you just spend an hour perfecting this move you will walk away with a perfectly good workout.

Let’s discuss the muscles involved in executing a Knee Strike in detail. 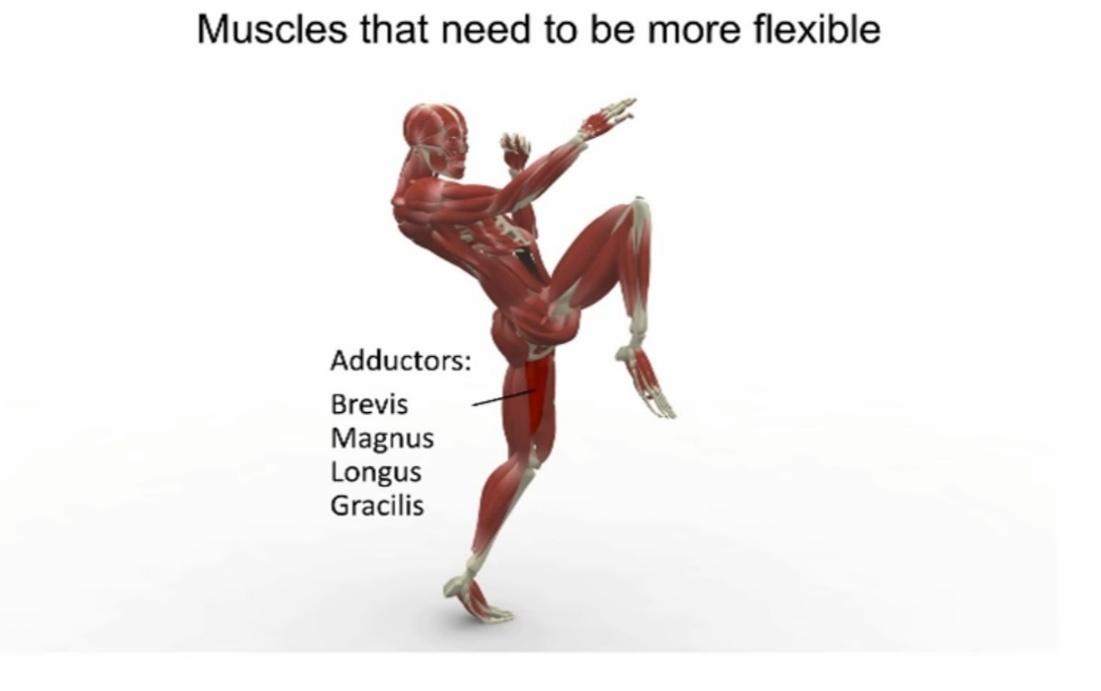 Adductors of the supporting leg are major restrictors of movements like Knee Strike hence they need to be flexible.

Ischial Part of Adductor Magnus acts like hamstrings in extending the hip so it should be flexible enough to allow free flexion of the thigh for Knee Strike.

It is a strong adductor of the leg that can restrict the movement as shown in the figure hence needs to be flexible.

Gluteus Maximus mainly of the lifted leg cause resistance to the flexing movement of the thigh as it is an extensor so it’s flexibility is important.

Just as Gluteus Maximus, the posterior fibers of Gluteus Medius act as extensors of the thigh at the hip restricting the flexion of the thigh.

Another Hip extensor that needs flexibility for perfect execution of Knee Strike.

Calf Muscles act as plantarflexors. Plantarflexion is important movement during Knee Strike as you can see in the figure because it increases the range of the attack and also gives power.

Some of the Adductors act as hip extensors, like Ischial fibers of Adductor Magnus so they need to be strengthened in the supporting leg.

Quadriceps:
Quadriceps act as hip extensors and knee flexors. They are also required to be stronger.

Adductors of the kicking leg in addition to having flexibility, should also have strength.

Hamstrings help in the flexion of the knee so a very important muscle for the moves like Knee Strike where the knee needs to be flexed.

Hip Flexors are very important in Knee Strike because without them, the kicking leg can’t be lifted.

Core Muscles needed to be stronger

Abdominals need to be stronger in Knee Strike as they help in bending the trunk and supports the body against gravity.

Just like Abdominals, Obliques also help in flexion of the trunk so, needs to be stronger.

Ready to get started? Thousands of people worldwide have achieved the same results you’re dreaming about and you can too! Click on the picture below NOW:

One response to “Knee Strike Anatomy”