A Unilateral Piston Squat Anatomy is a squat in which the two feet aren’t alongside one another.

A Piston Squat Anatomy is a kind of Unilateral Squat in which the non-weight bearing foot is elevated in front of the body making sure it is as straight as possible horizontally. In ZejaX Piston Squat, the practitioner uses a rod and with it’s rear end, balances himself while doing the squat. This way, it is easier to do the Piston Squat.

Piston Squat is an effective way to tone the legs and glutes as well as strengthen the core muscles and increase flexibility. This exercise is an ideal exercise for athletes of all sports and skill levels but it is especially beneficial for runners.

This exercise targets the same muscles required for running. These muscles are hamstrings, glutes, quadriceps and calves. It’s also a really effective core workout because it demands so much in terms of posture and support.

It is a different move to execute for beginners as they are unaware of the muscles acting during this move so this article is all about the muscles involved in executing this exercise. 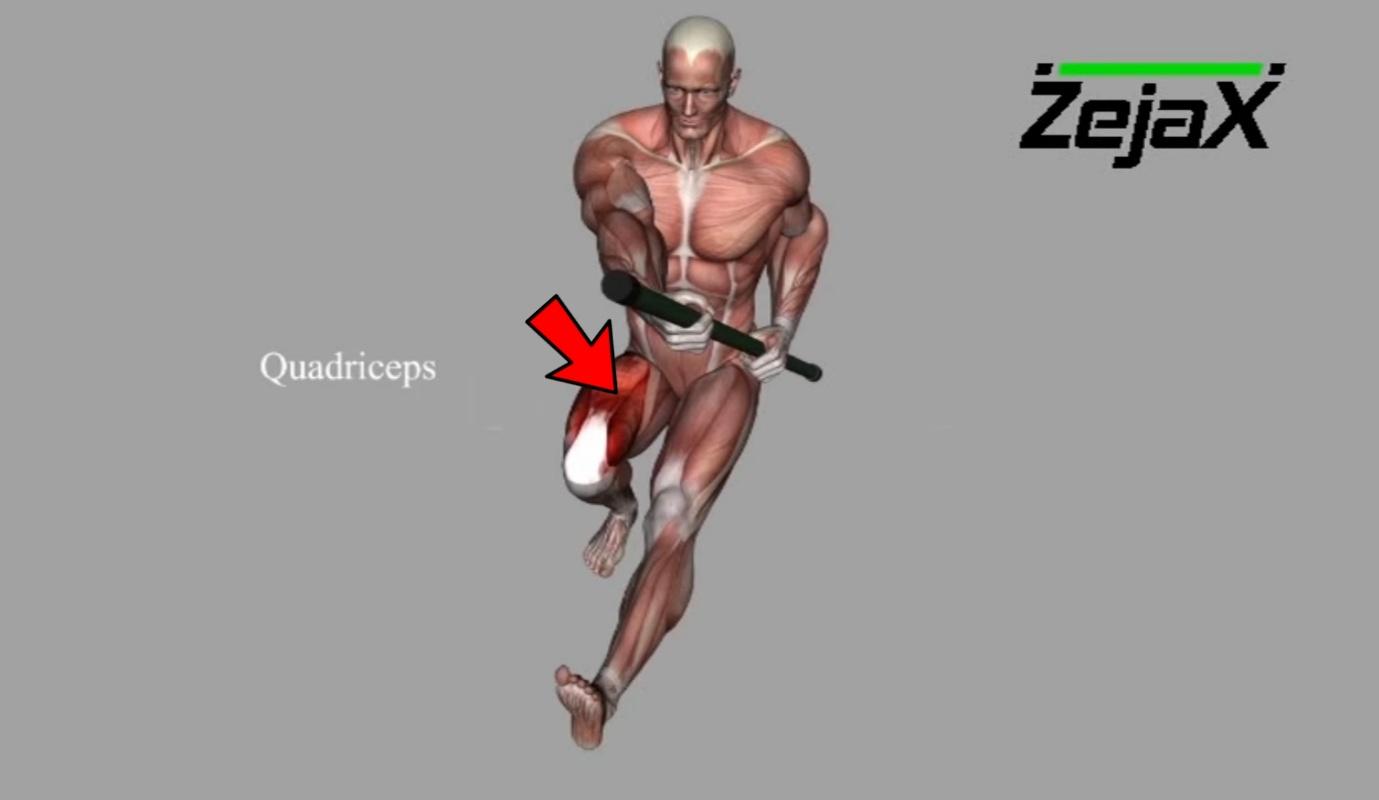 Quadriceps are the flexors of the hip joint. It is their contraction in the supporting leg that the body comes into the squatting position. 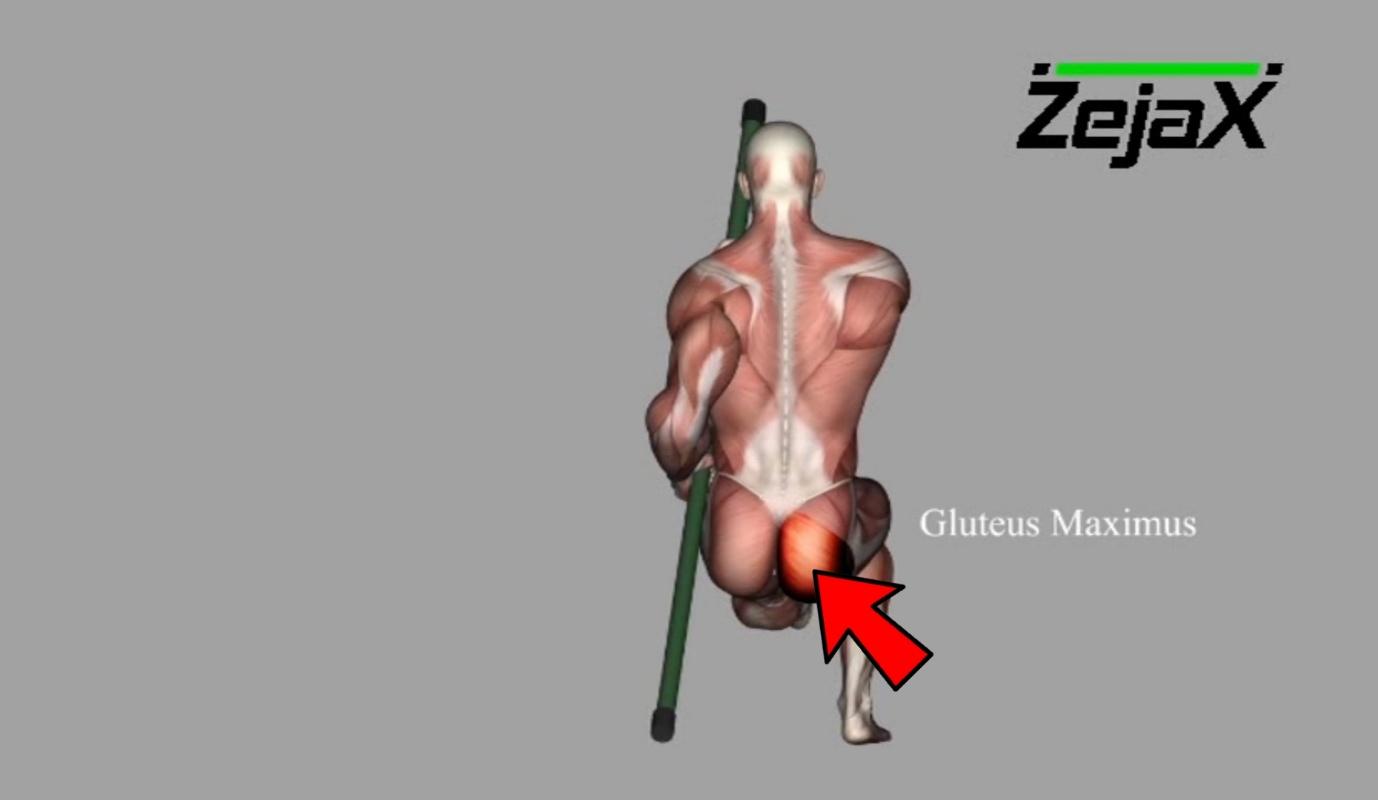 Gluteus Maximus is an abductor, external rotator and extensor of the leg at the hip joint. It’s flexibility is important for a good Piston Squat. 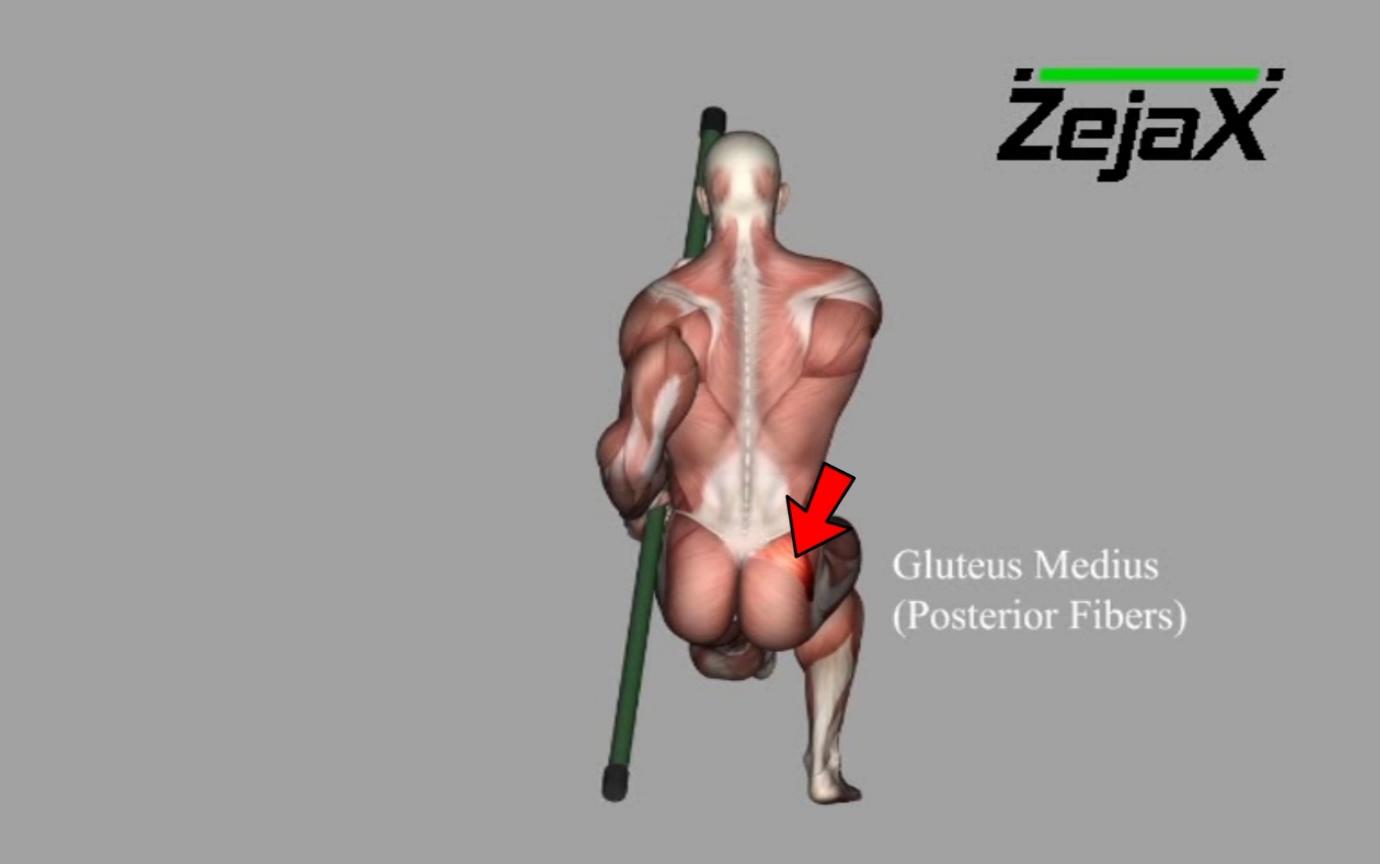 The Posterior fibers of Gluteus Medius act just like Gluteus Maximus and act as extensors, lateral rotators and abductors of the leg. Their flexibility is also important. 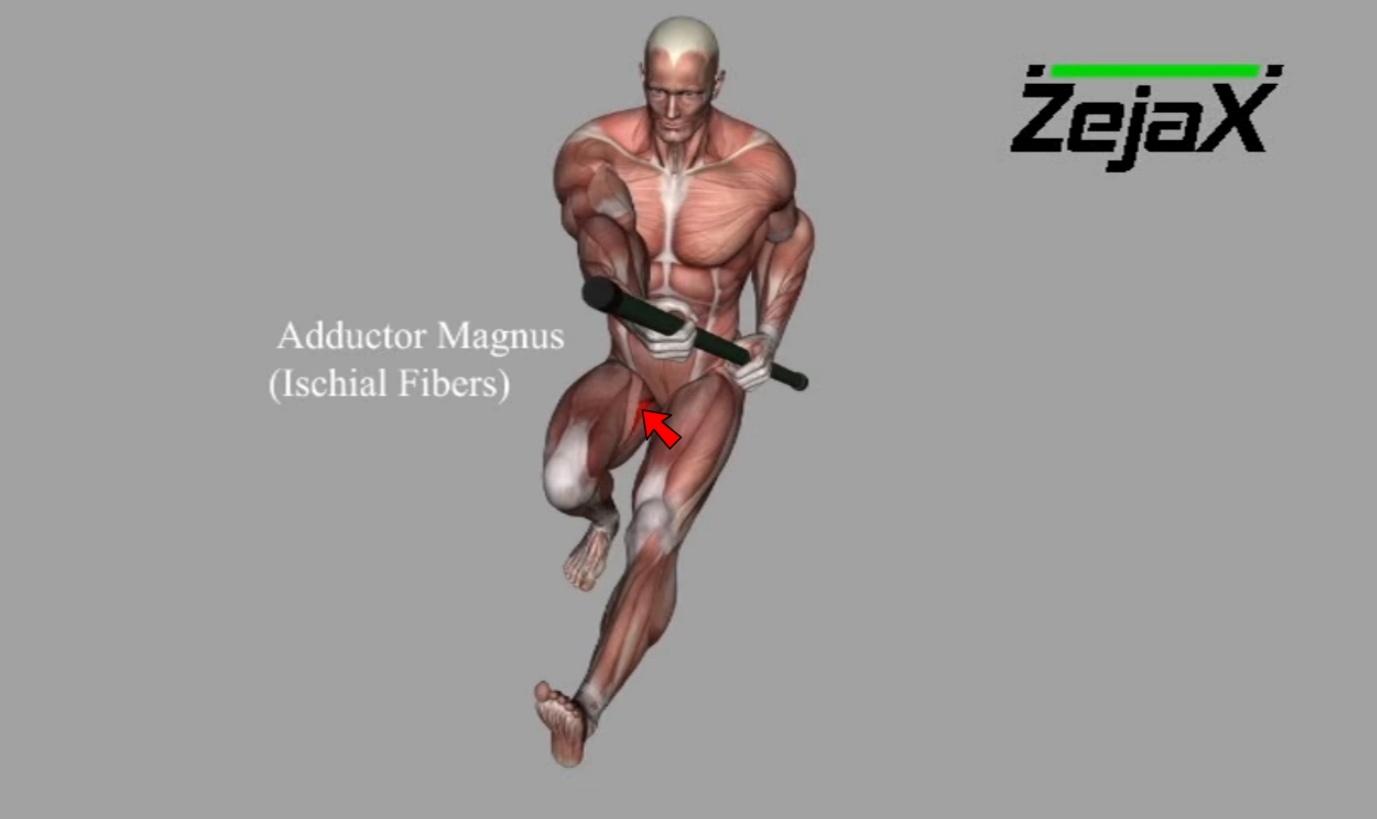 The Ischial fibers of Adductor Magnus produce extension of the leg at hip joint hence it should have enough flexibility to let the body do Piston Squat. 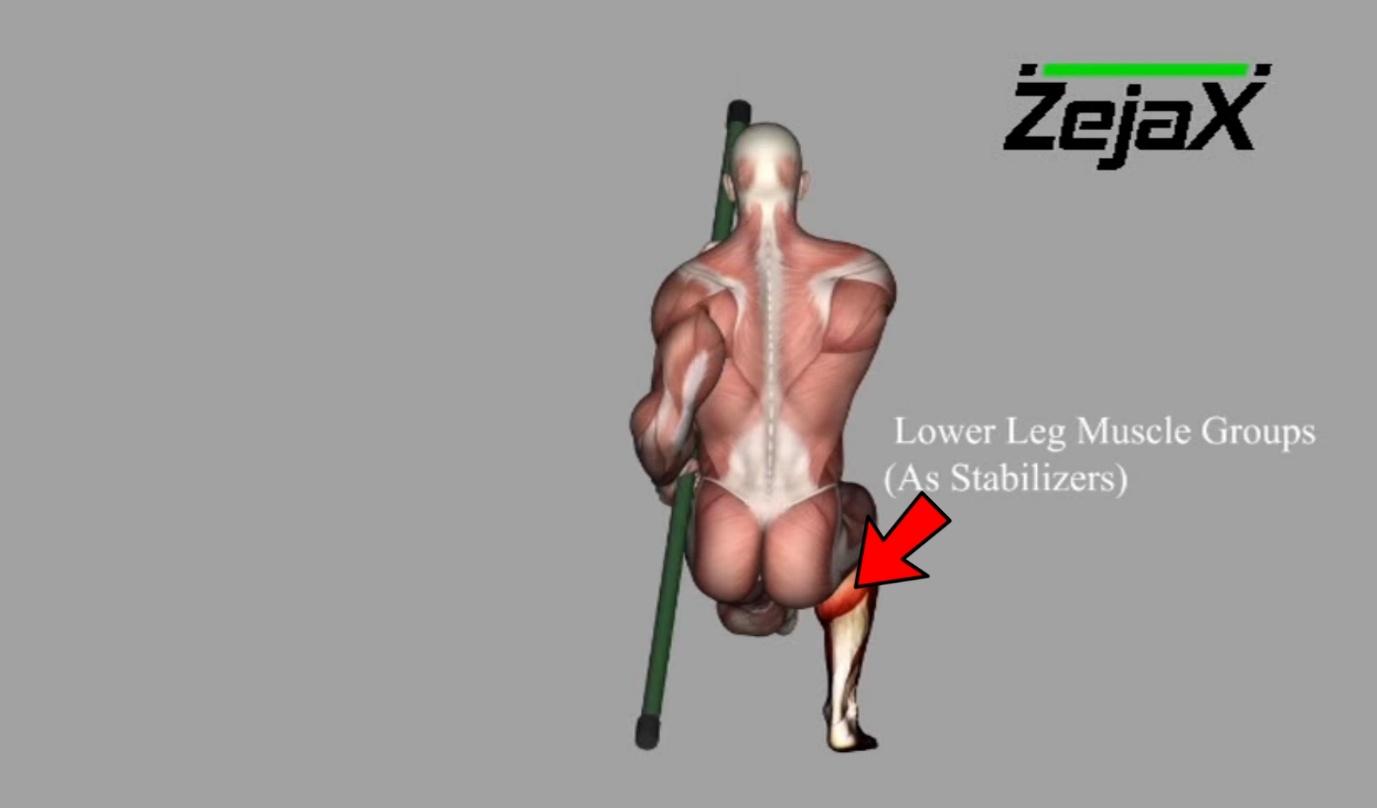 The lower leg’s muscles act as stabilizers of the hip joint and help in balancing. 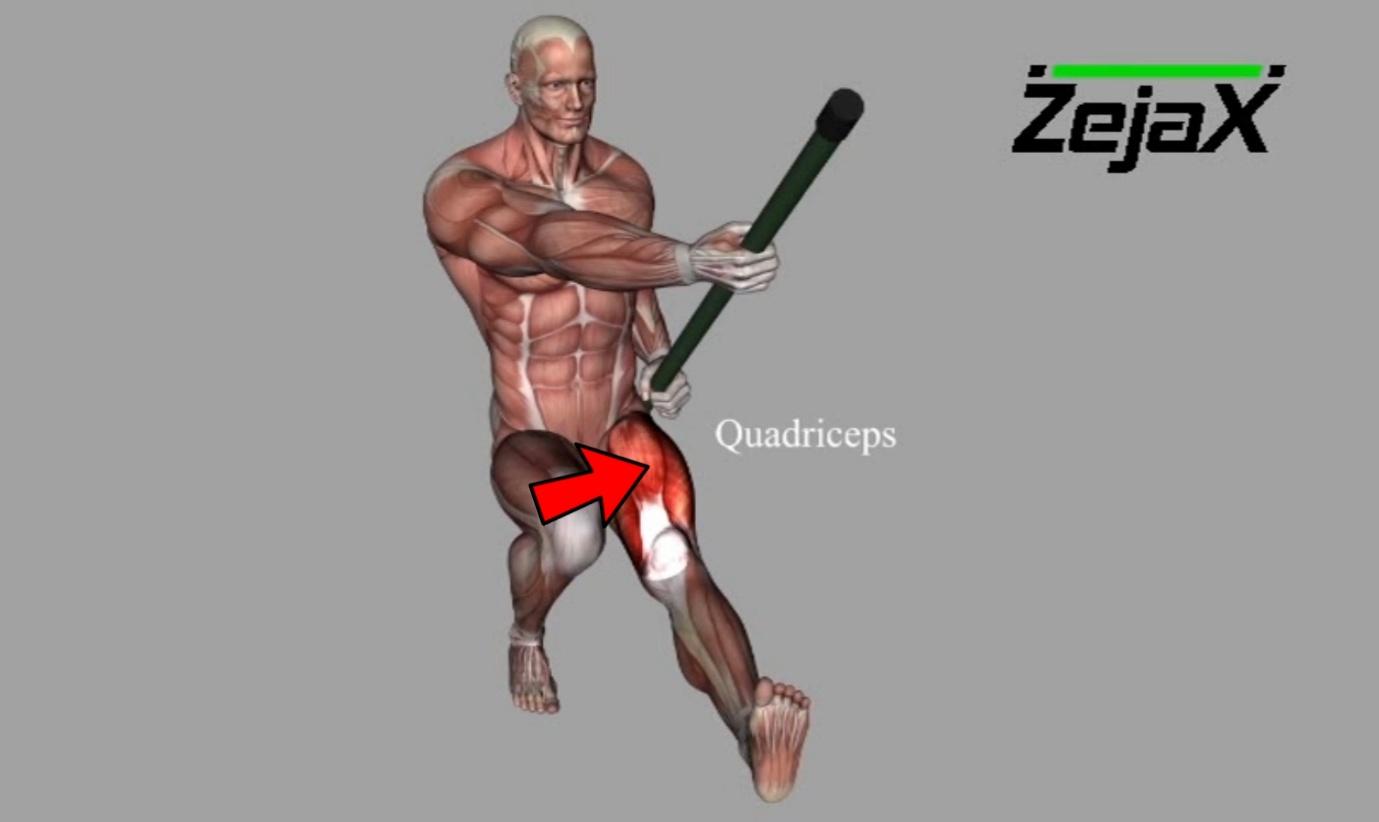 Quadriceps are flexors of the thigh and extensors of the knee that will elevate the left leg on contraction. 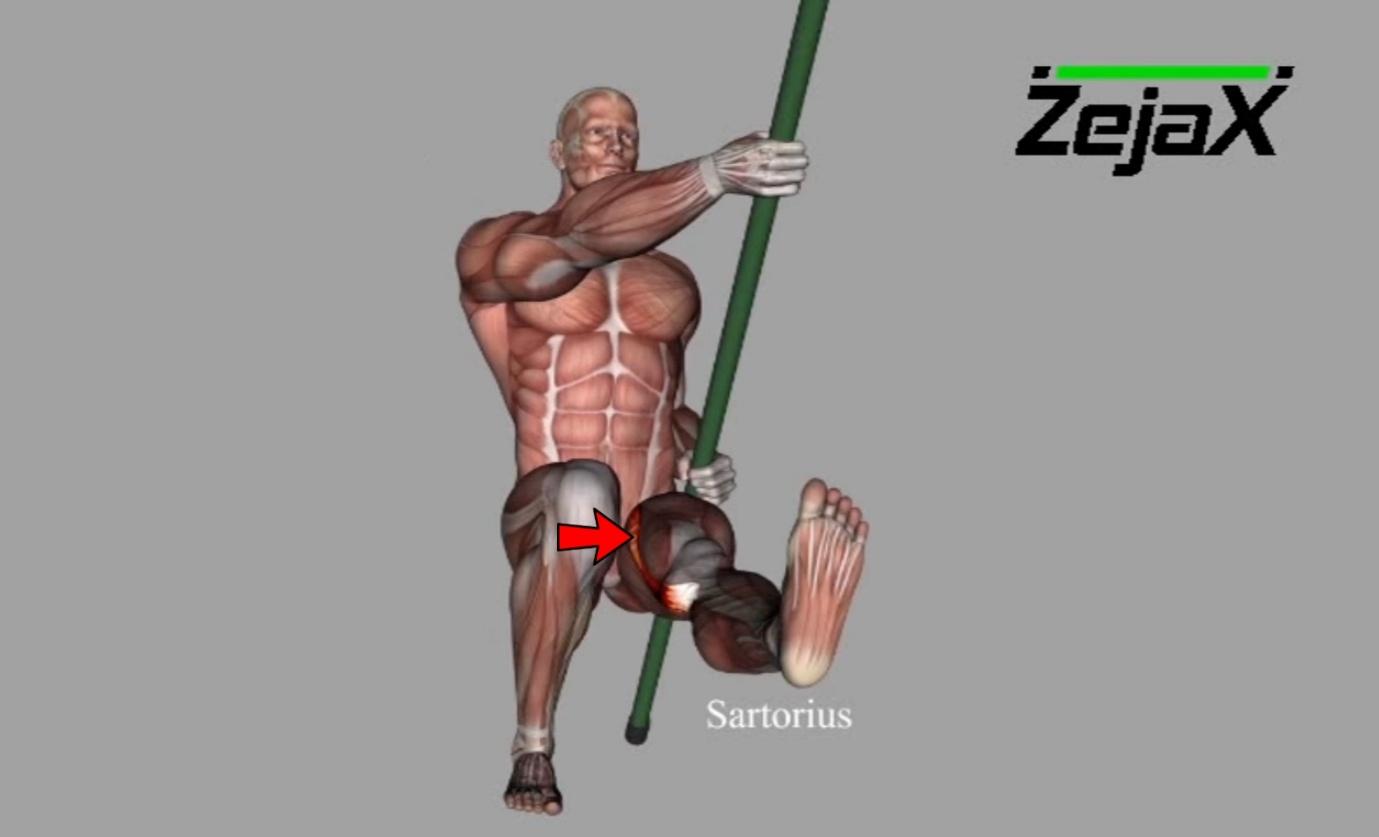 Sartorius will contract to flex the leg at hip joint hence, it has an important role here and it’s strength is important. 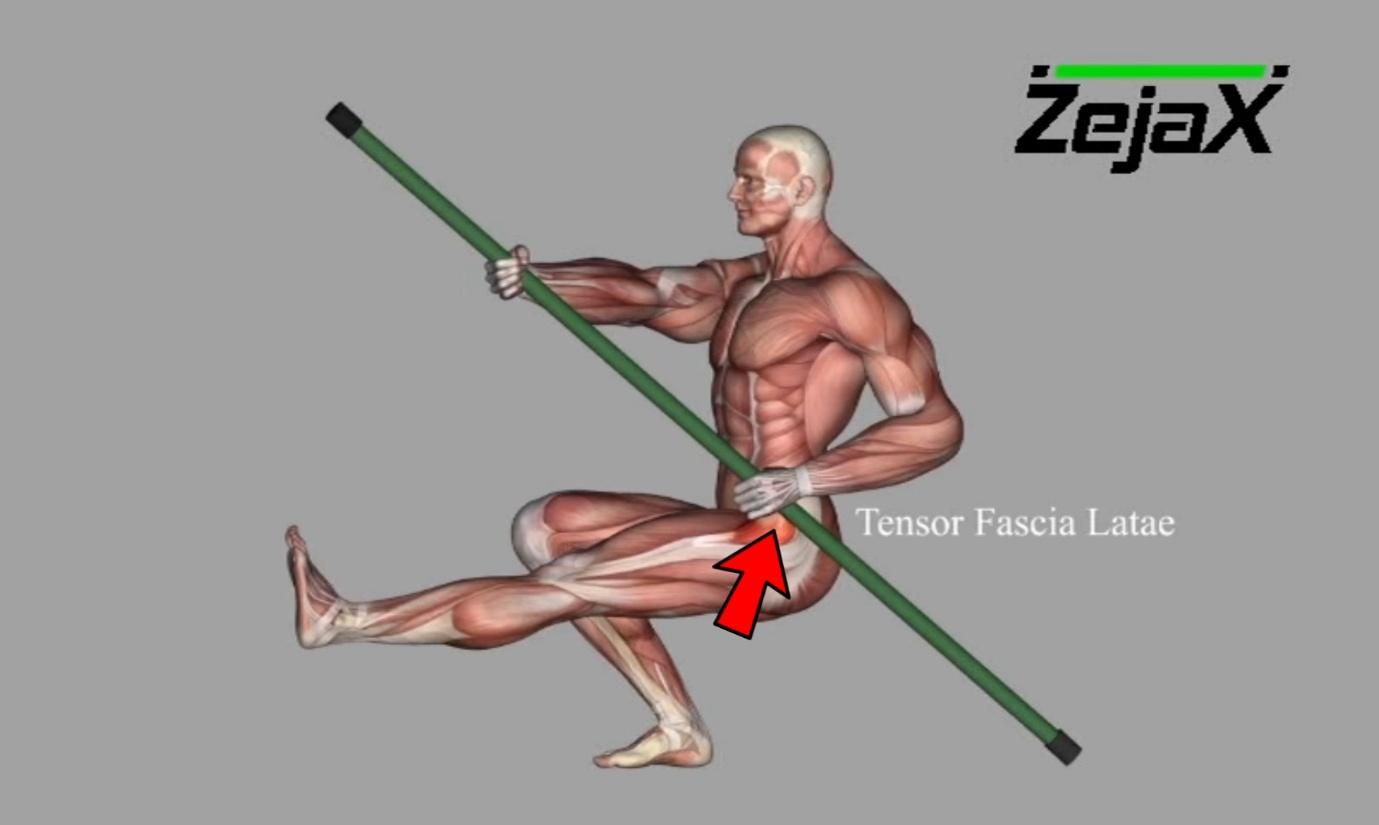 Tensor Fascia Latae is also causes abduction of the leg at the hip joint in addition to extension. 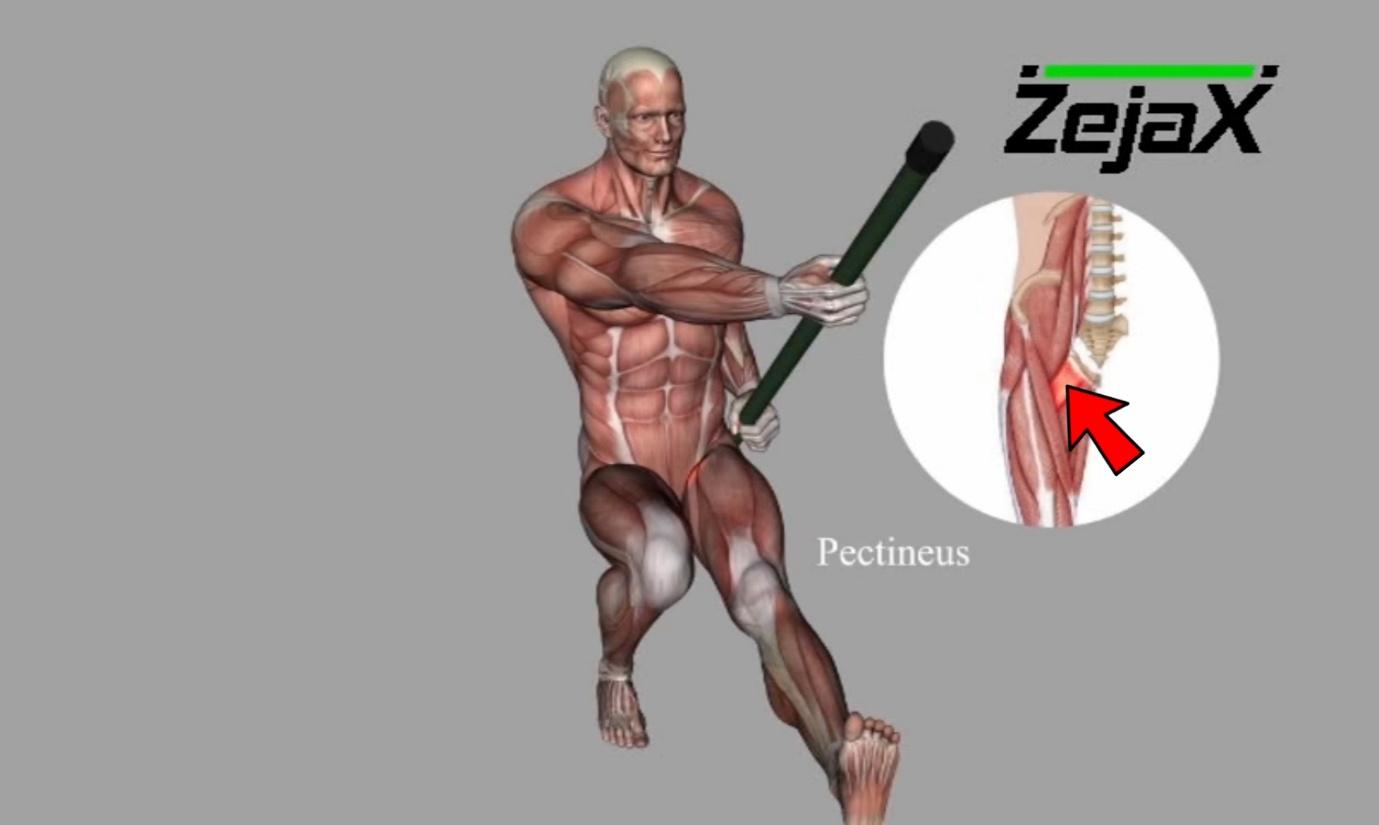 Pectineus is a flexor and abductor of the leg at hip joint. It’s contraction is important in executing Piston Squat. 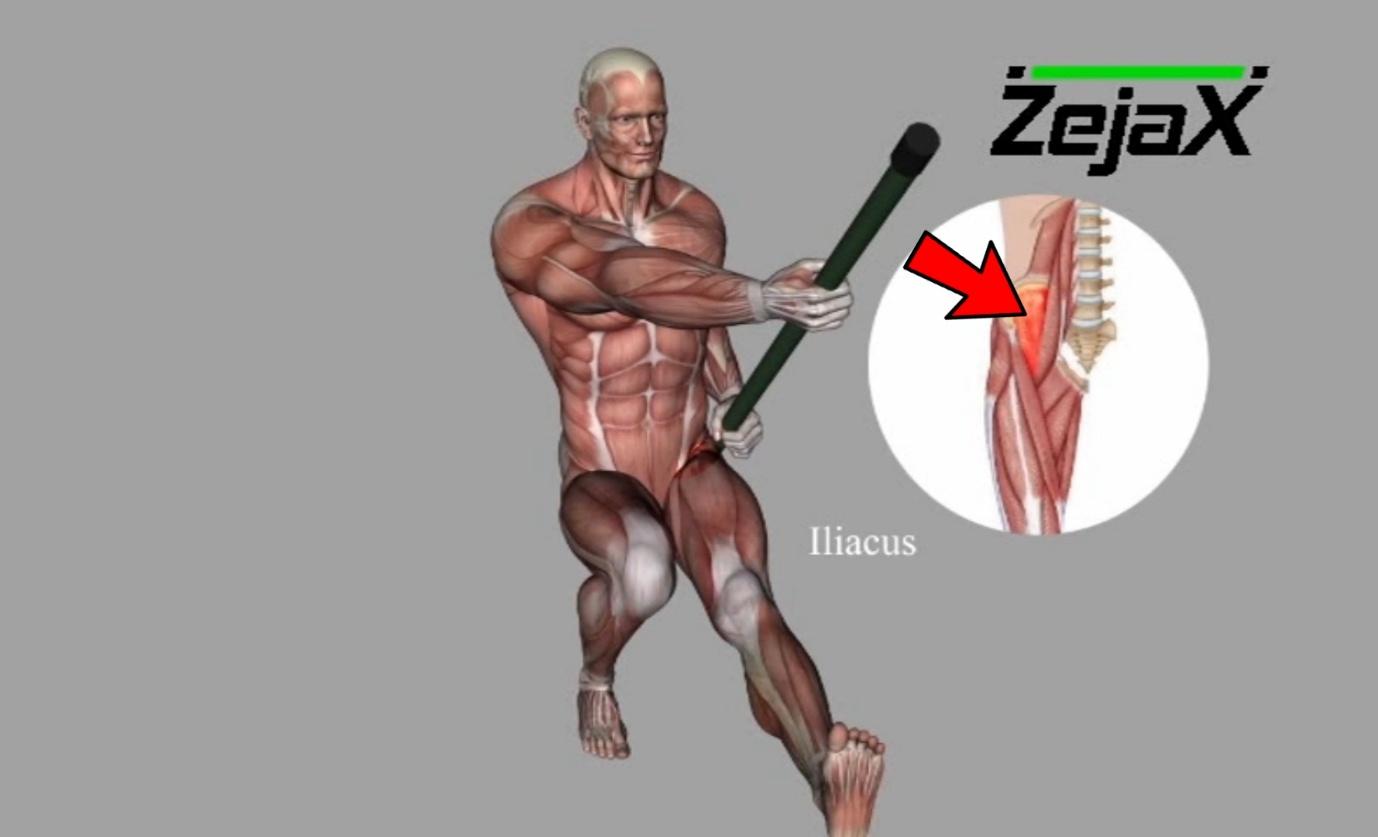 Iliacus is a flexor of the femur that works along with Psoas. Just like other flexors of the thigh, it’s strength is also important in execution of Piston Squat. 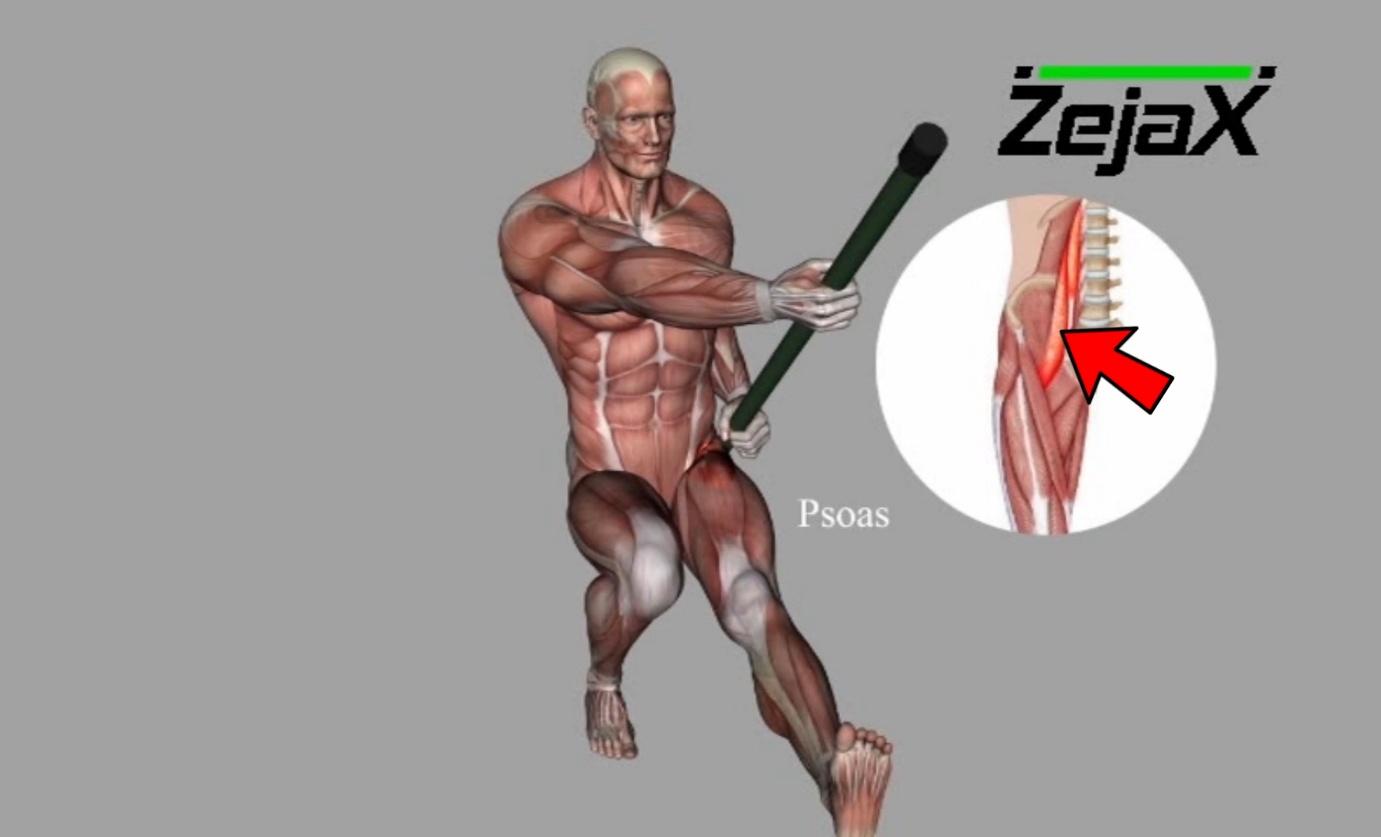 Psoas is another flexor that will contract in order to elevate the left leg.

Adductors of the leg: 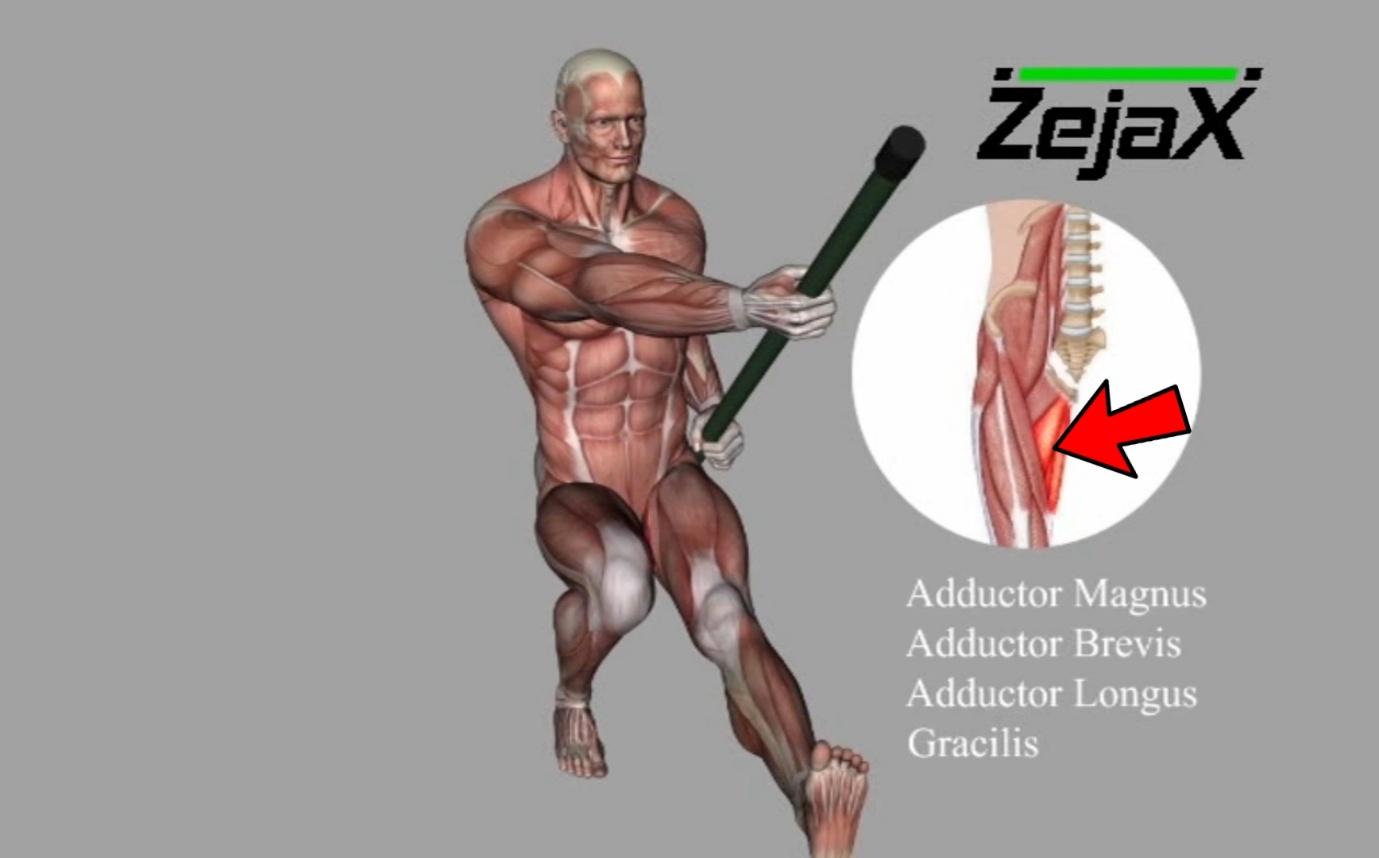 Adductors of the leg also contract in this particular move so there should be strength in them too. 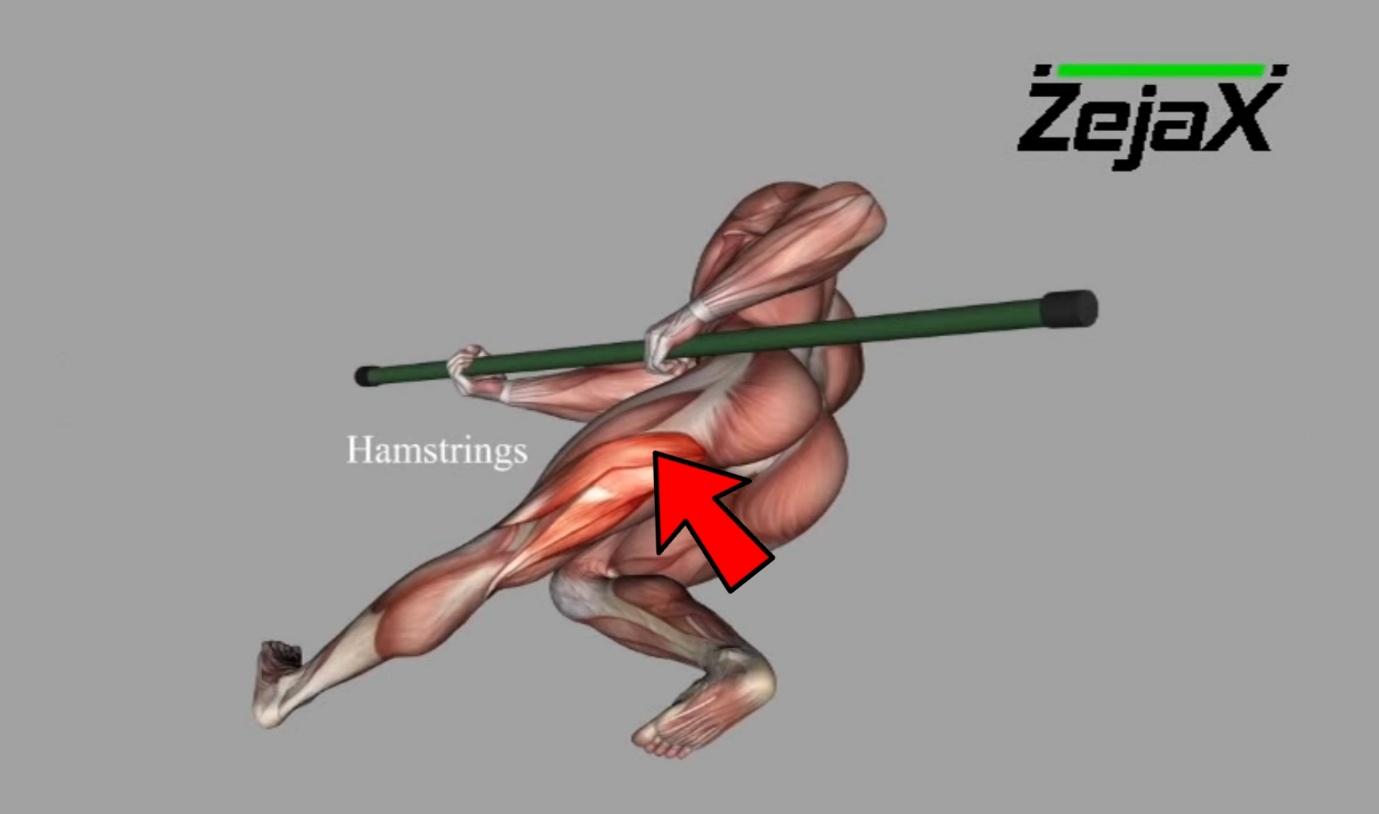 Hamstrings are extensors of the thigh that will be restricting the flexion of the leg. So, there will be lengthening of Hamstrings. 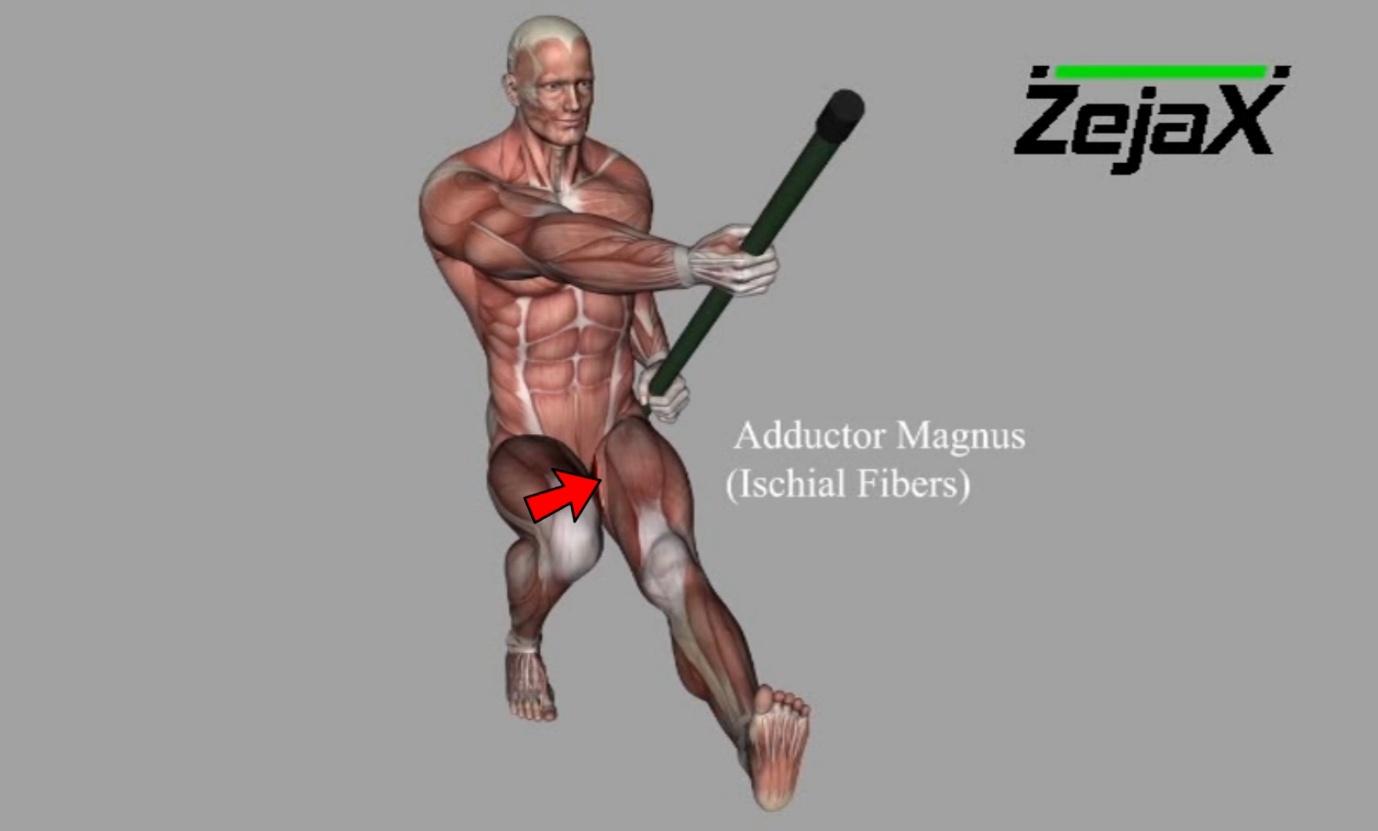 Ischial fibers of Adductor Magnus are also stretched because of being the extensors of the thigh but the movement happening is flexion. 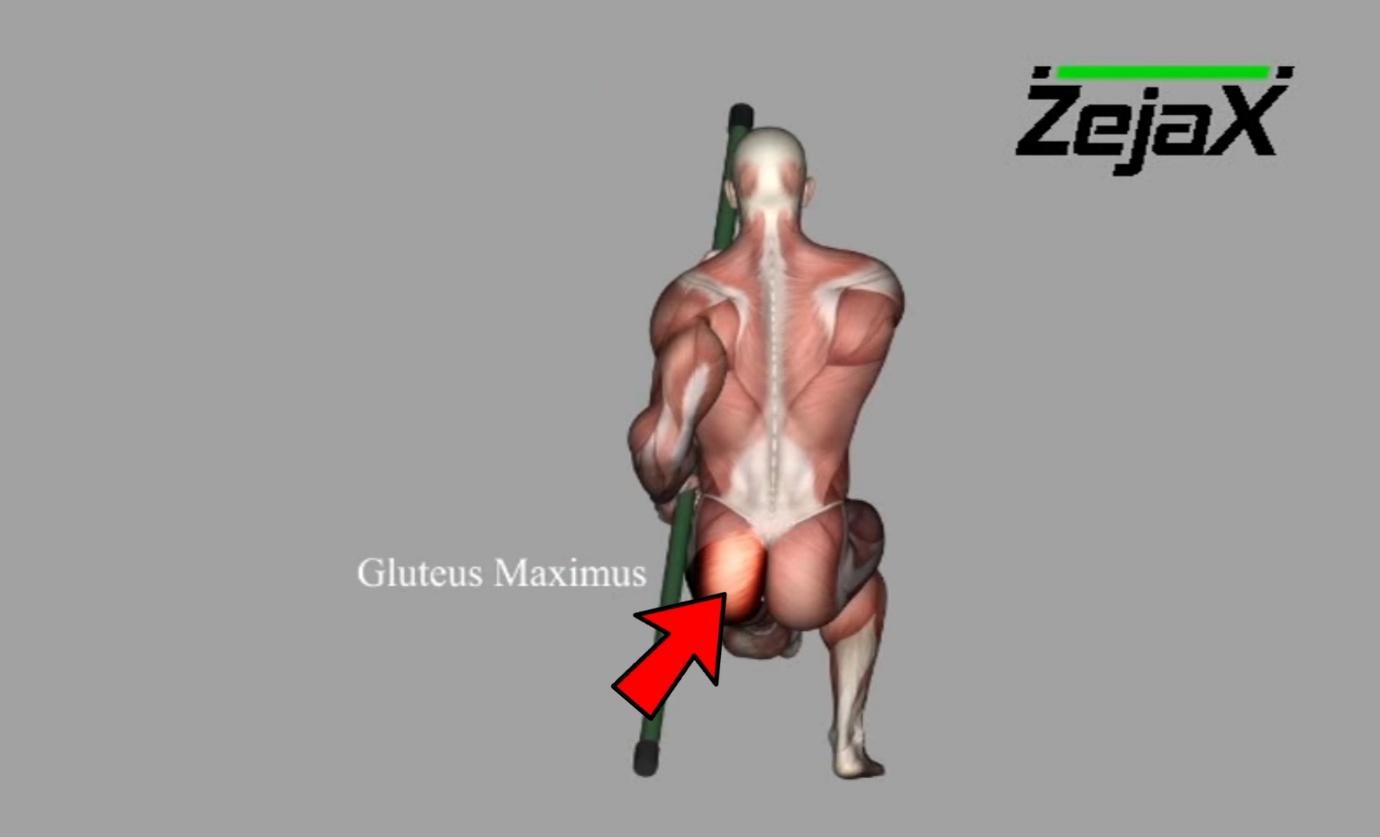 Gluteus Maximus is also one of the extensors of the leg. Due to this, it will also be lengthening. 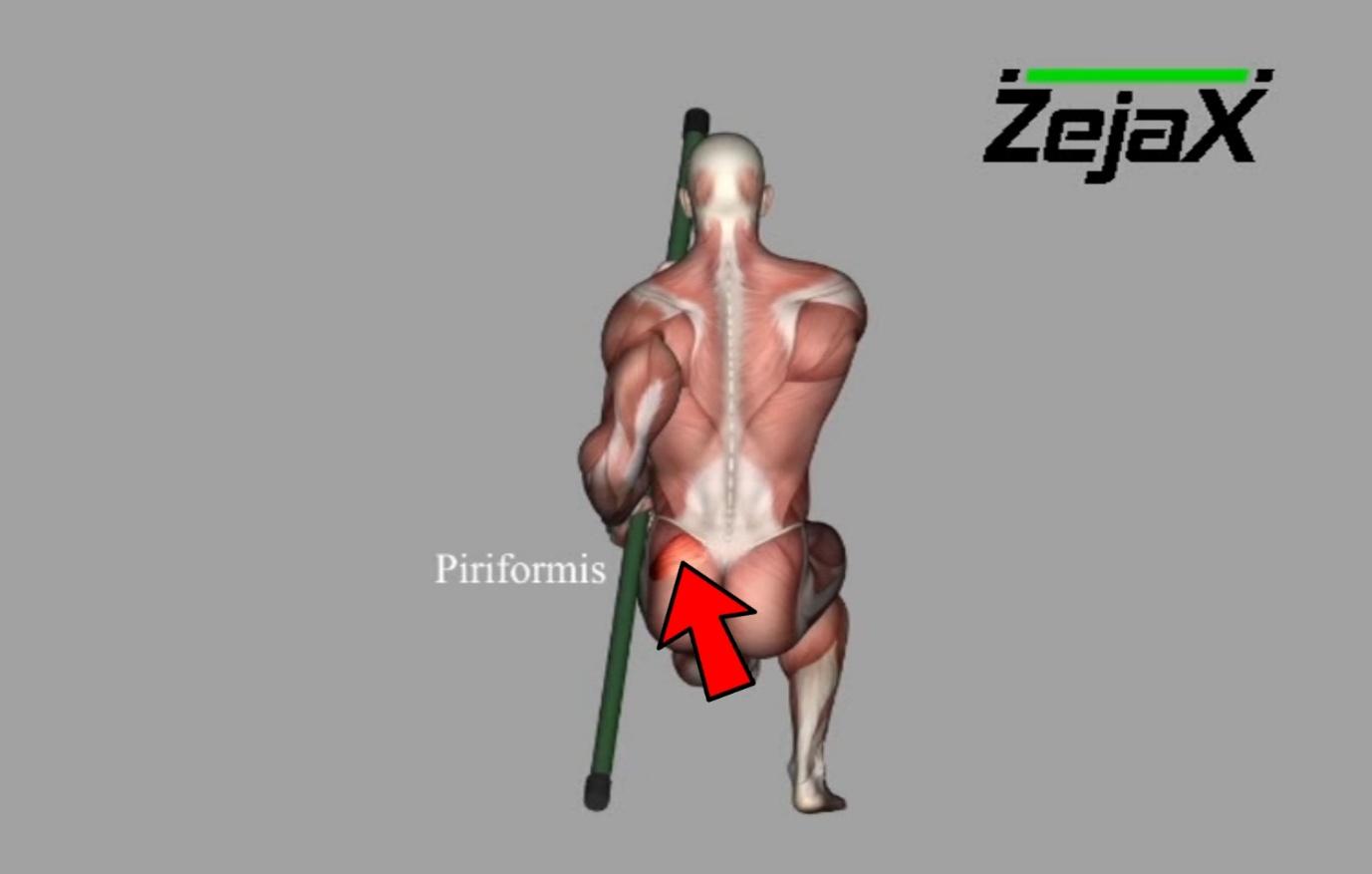 Piriformis acts as a hip extensor so it will be lengthening in the lifted leg during Piston Squat. 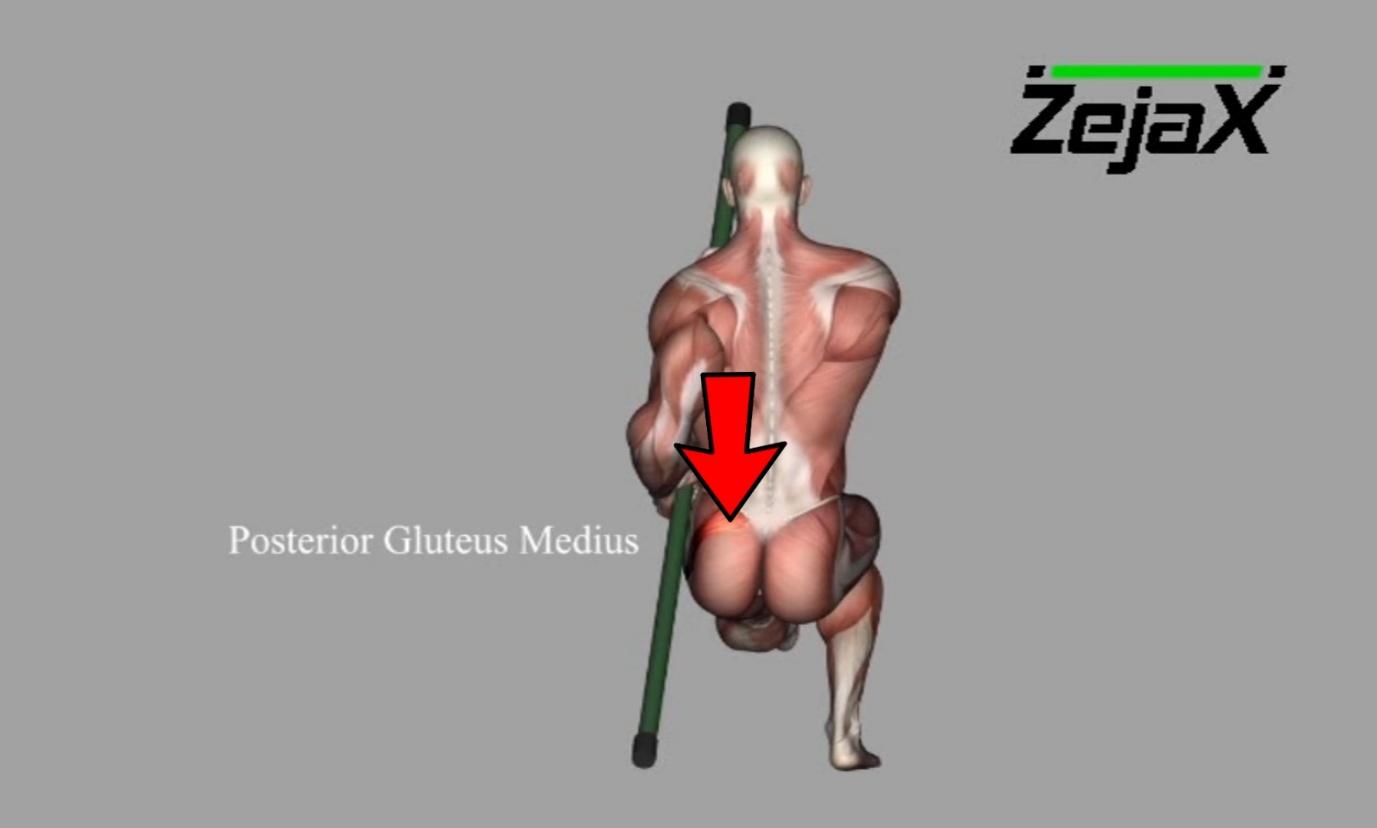 The posterior fibers of Gluteus Medius act just like Gluteus Maximus and will be getting stretched during this move. 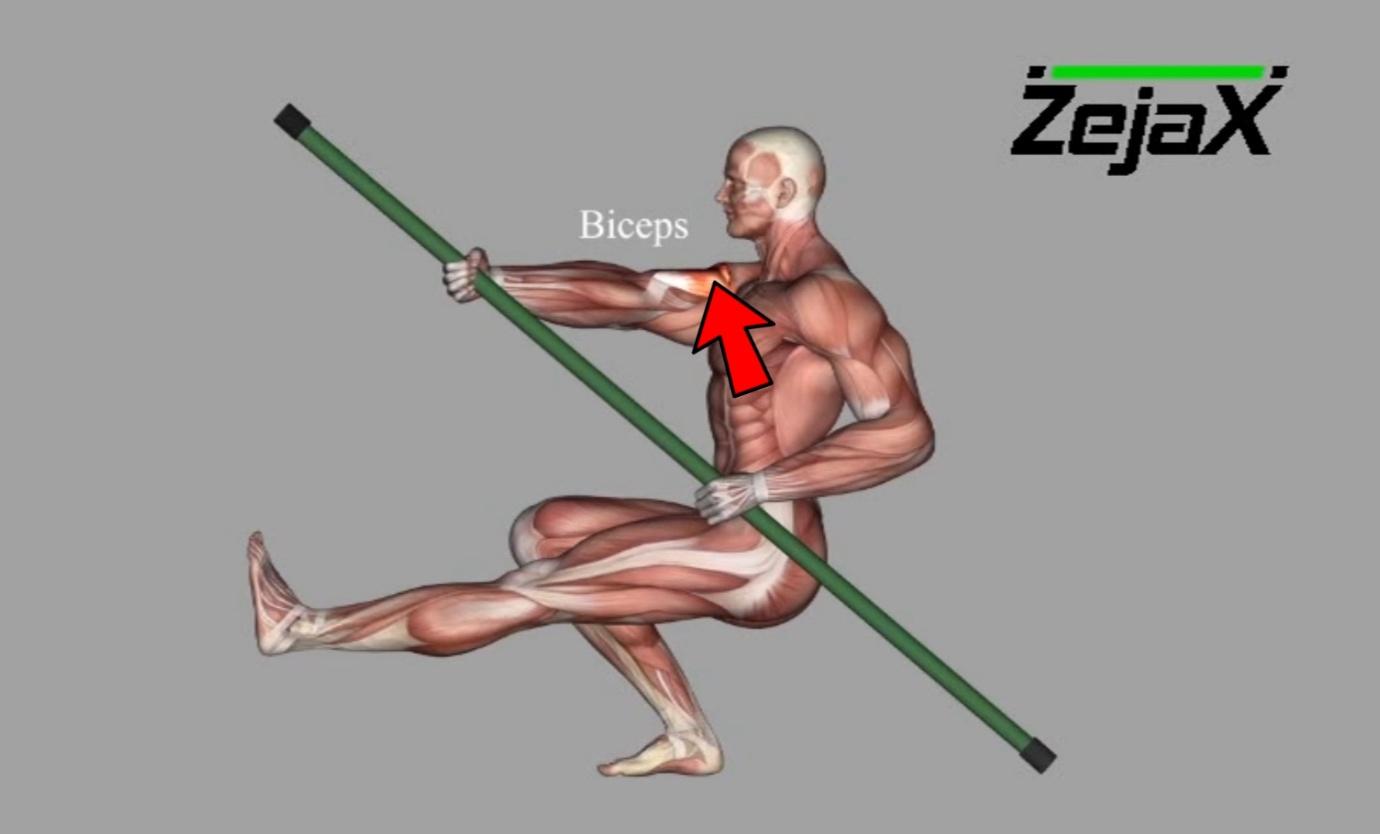 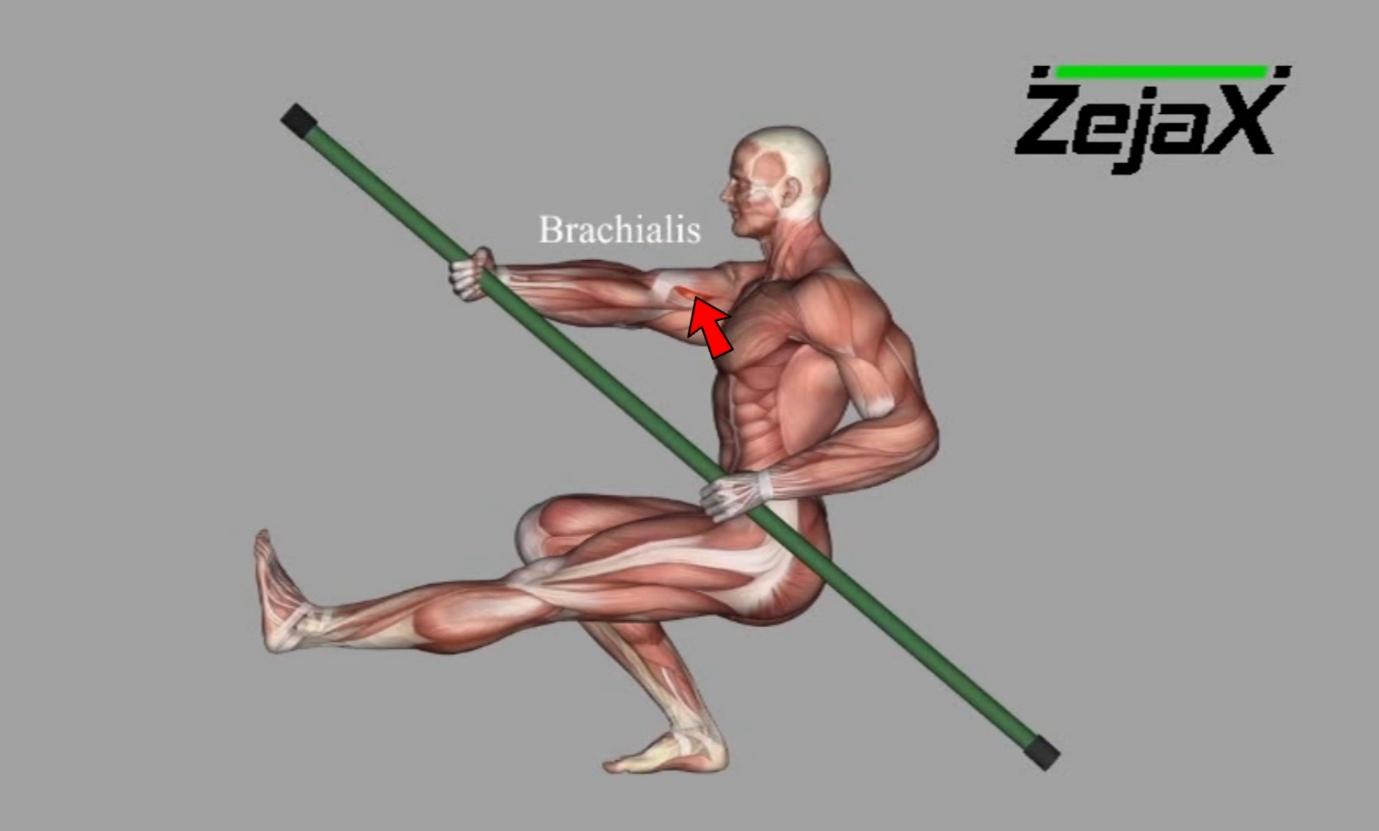 Brachialis is a flexor of the forearm just as Biceps so it is also being stretched during the Piston Squat in the front arm. 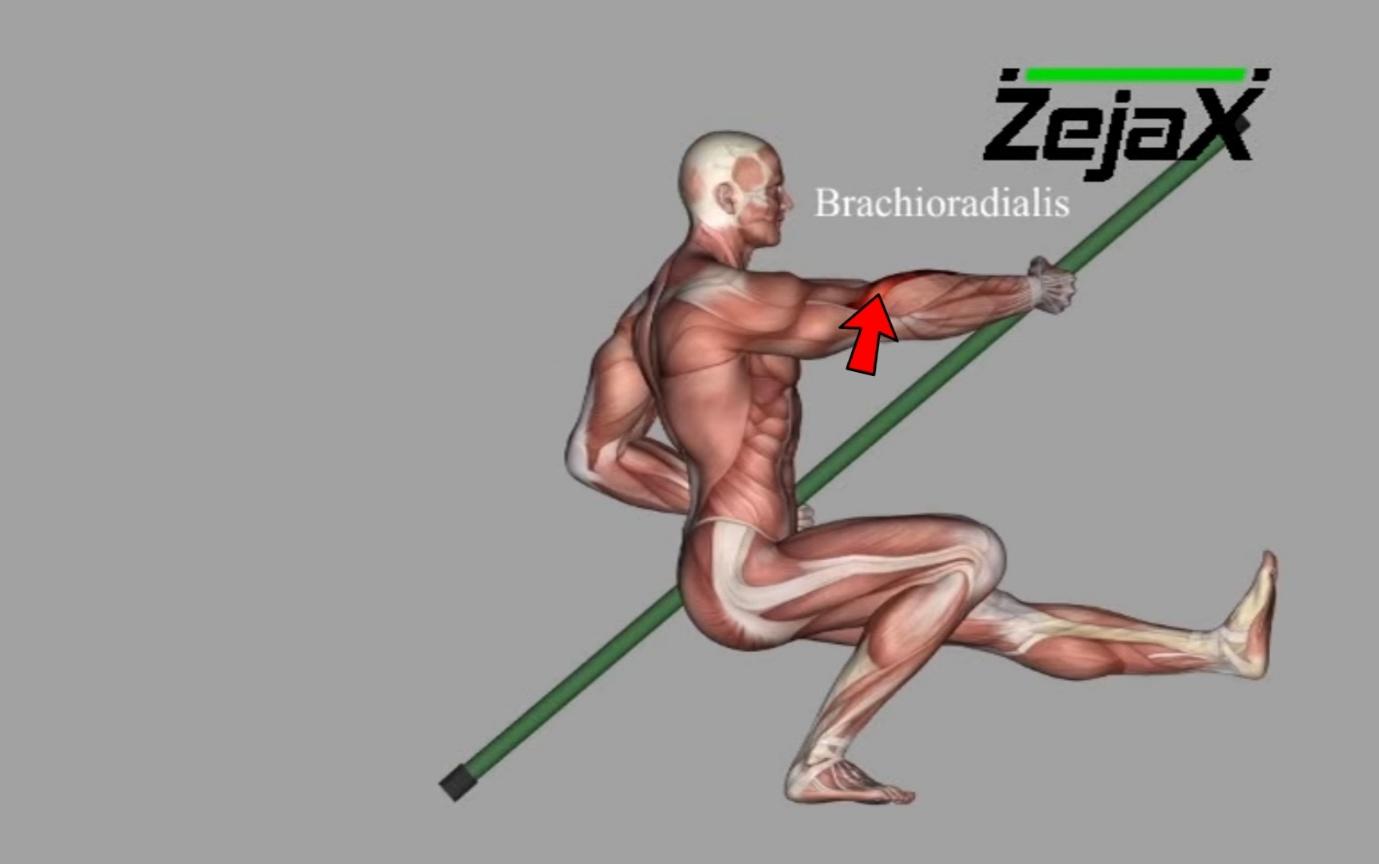 Just as the other two flexors of the forearm, Brachioradialis is also being stretched in the front arm. 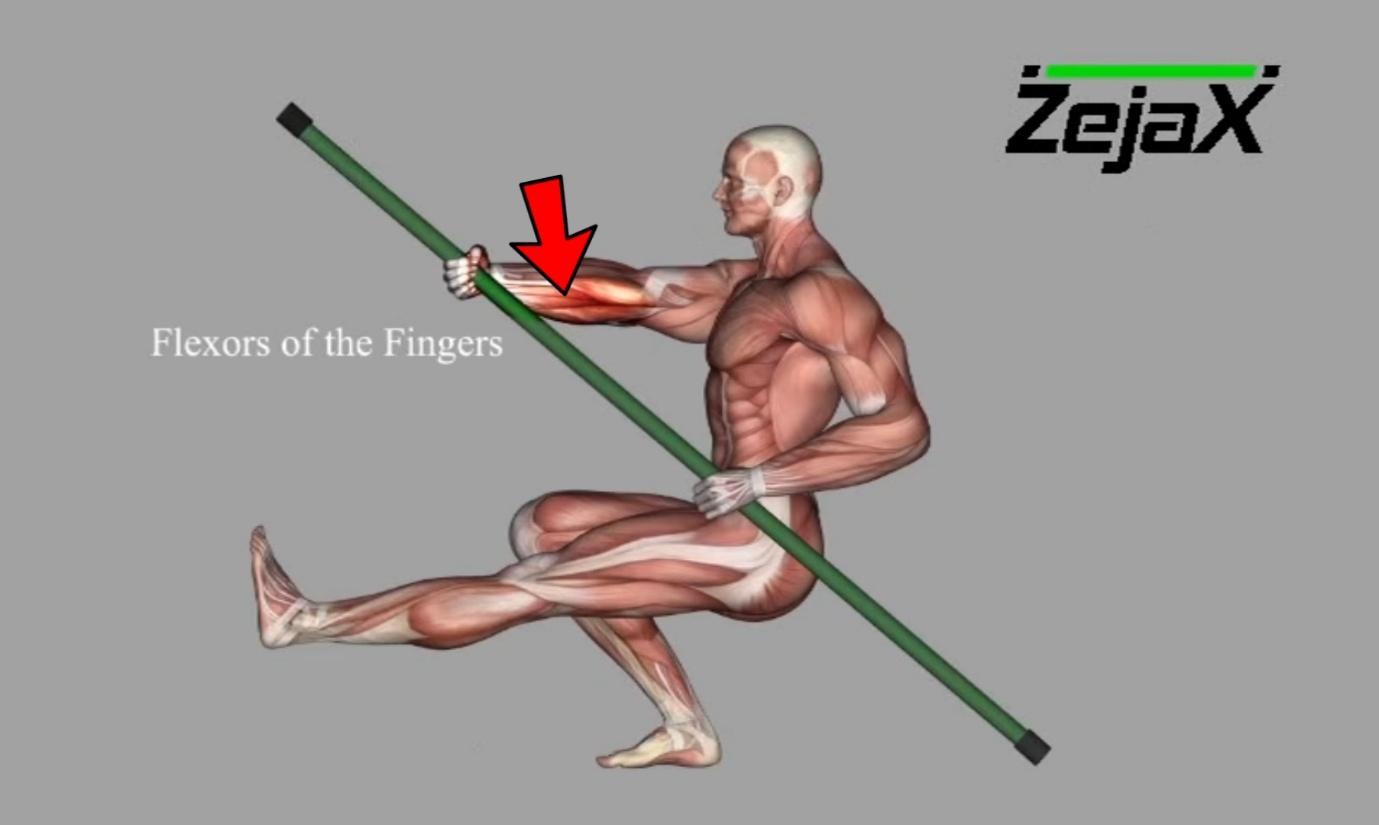 The flexors of the fingers contract to hold the rod tightly so that it doesn’t slip from the hands. 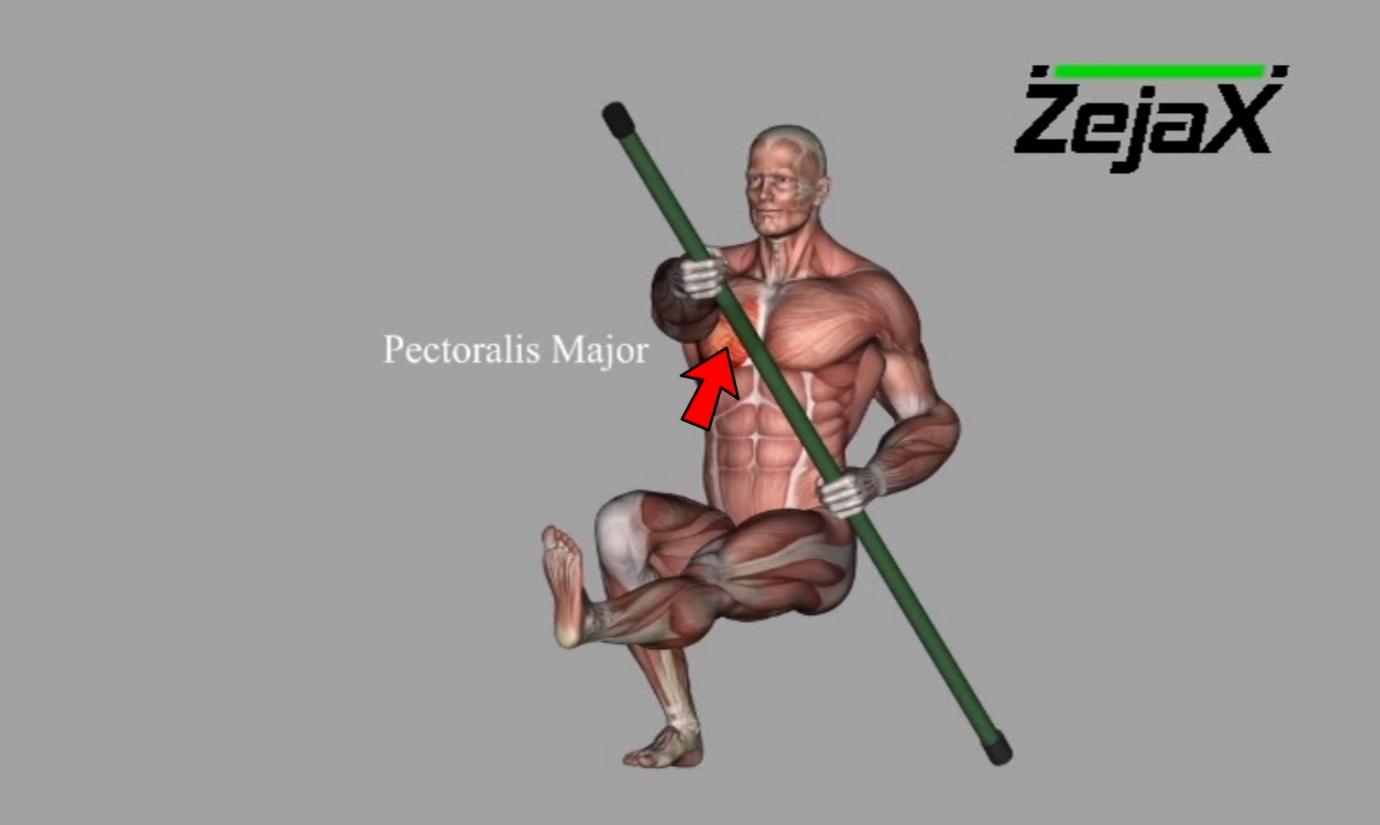 Pectoralis Major acts as a adductor and depressor of the arm as well as an internal rotator, hence it is also contracting during Piston Squat. 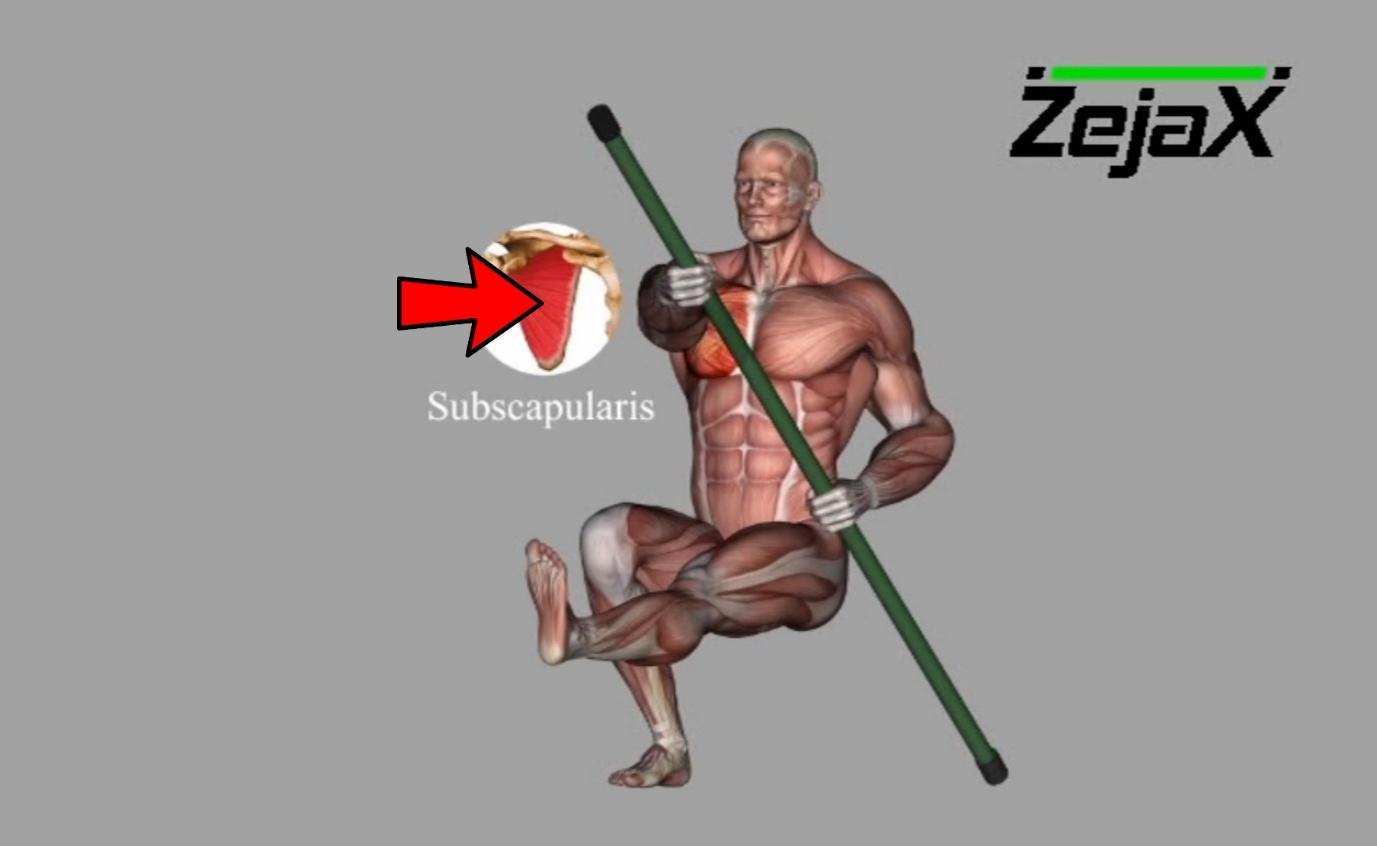 Subscapularis is also an internal rotator of the arm, as well as an adductor. So, just like Pectoralis Major, it will also contract during the execution of Piston Squat. 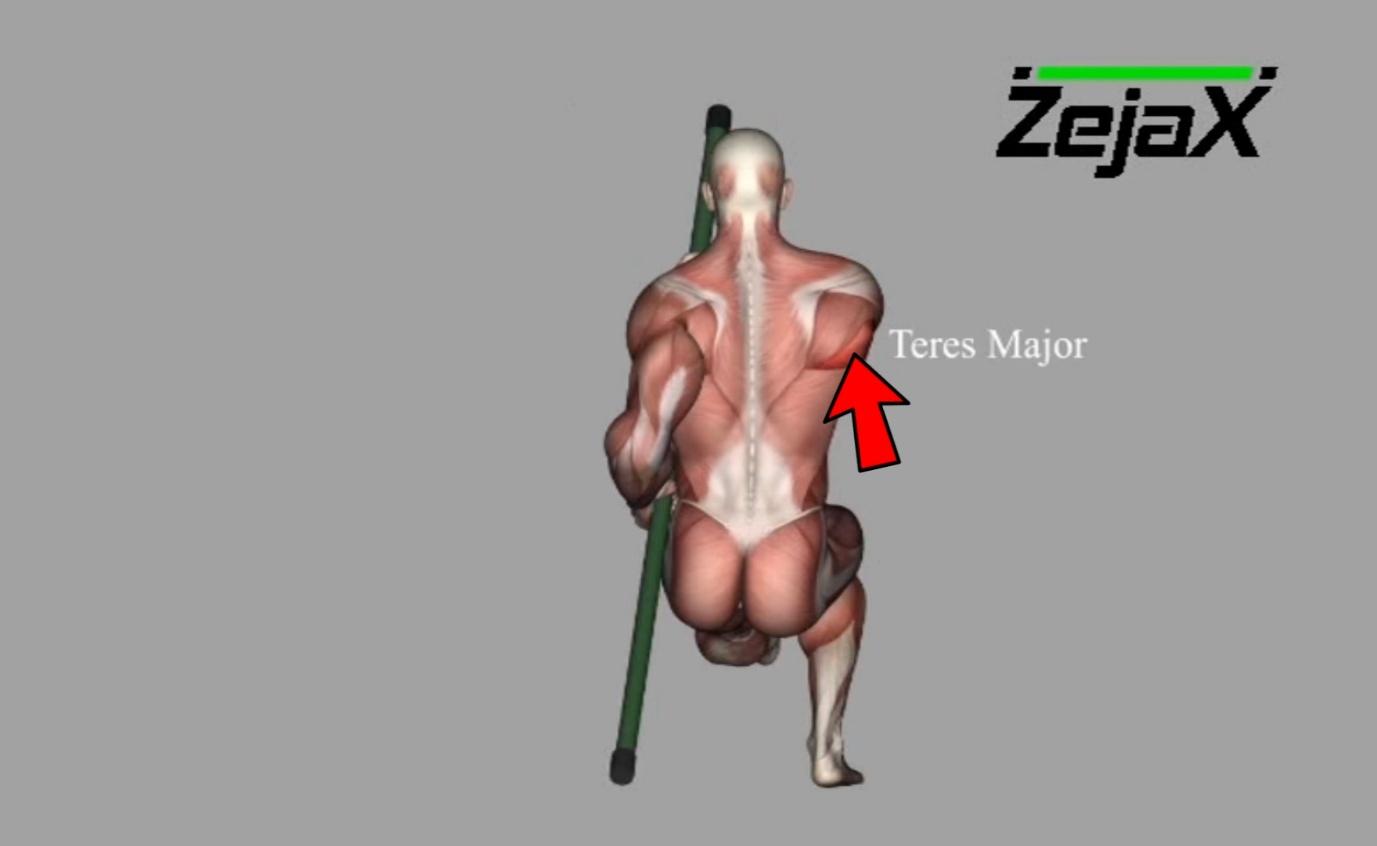 Teres Major is an internal rotator and extensor of the arm from flexed position. It also assists the front arm during in holding the rod. 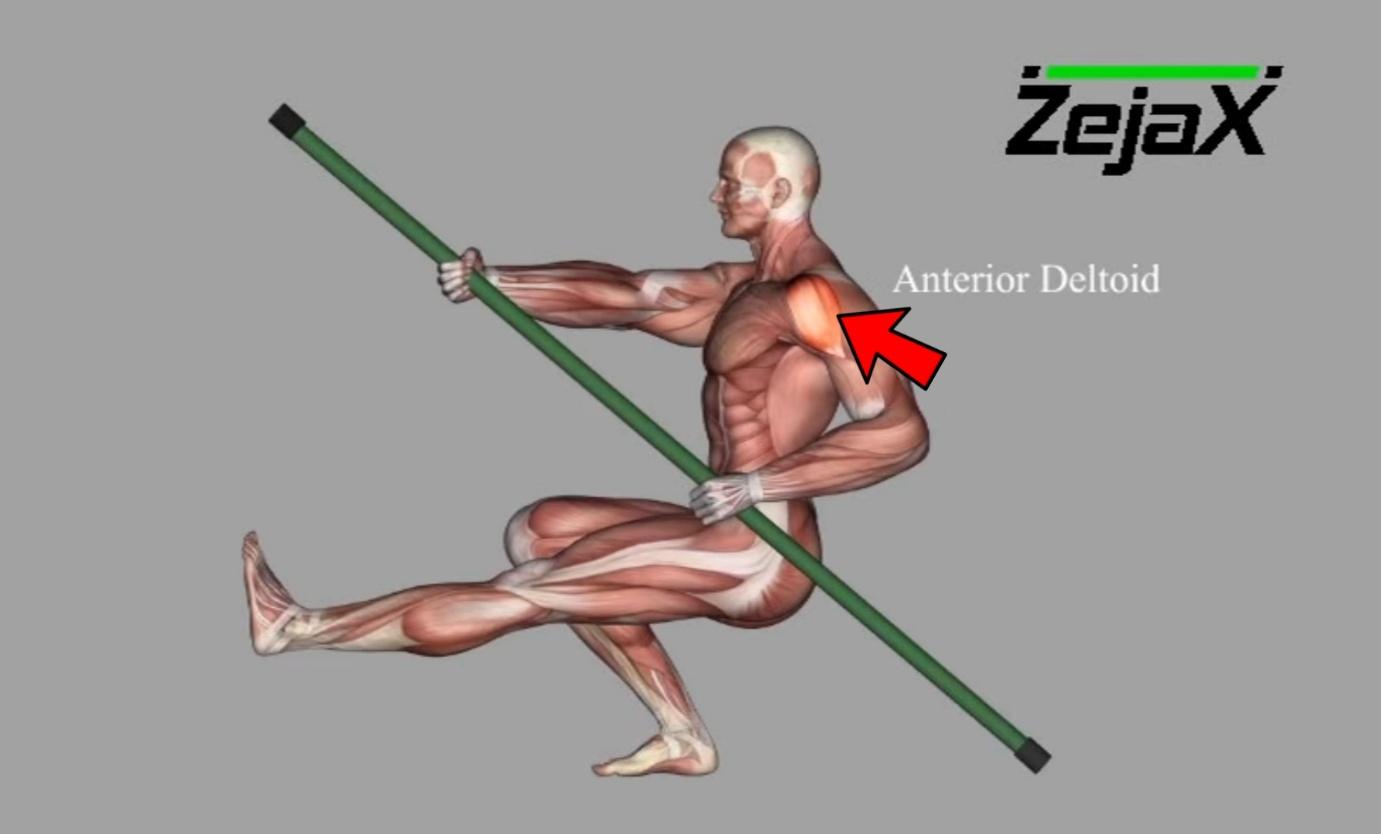 Anterior Deltoid helps the arm to move forward by flexing it. It will be lengthening in the back arm as the arm is positioned in the back side. 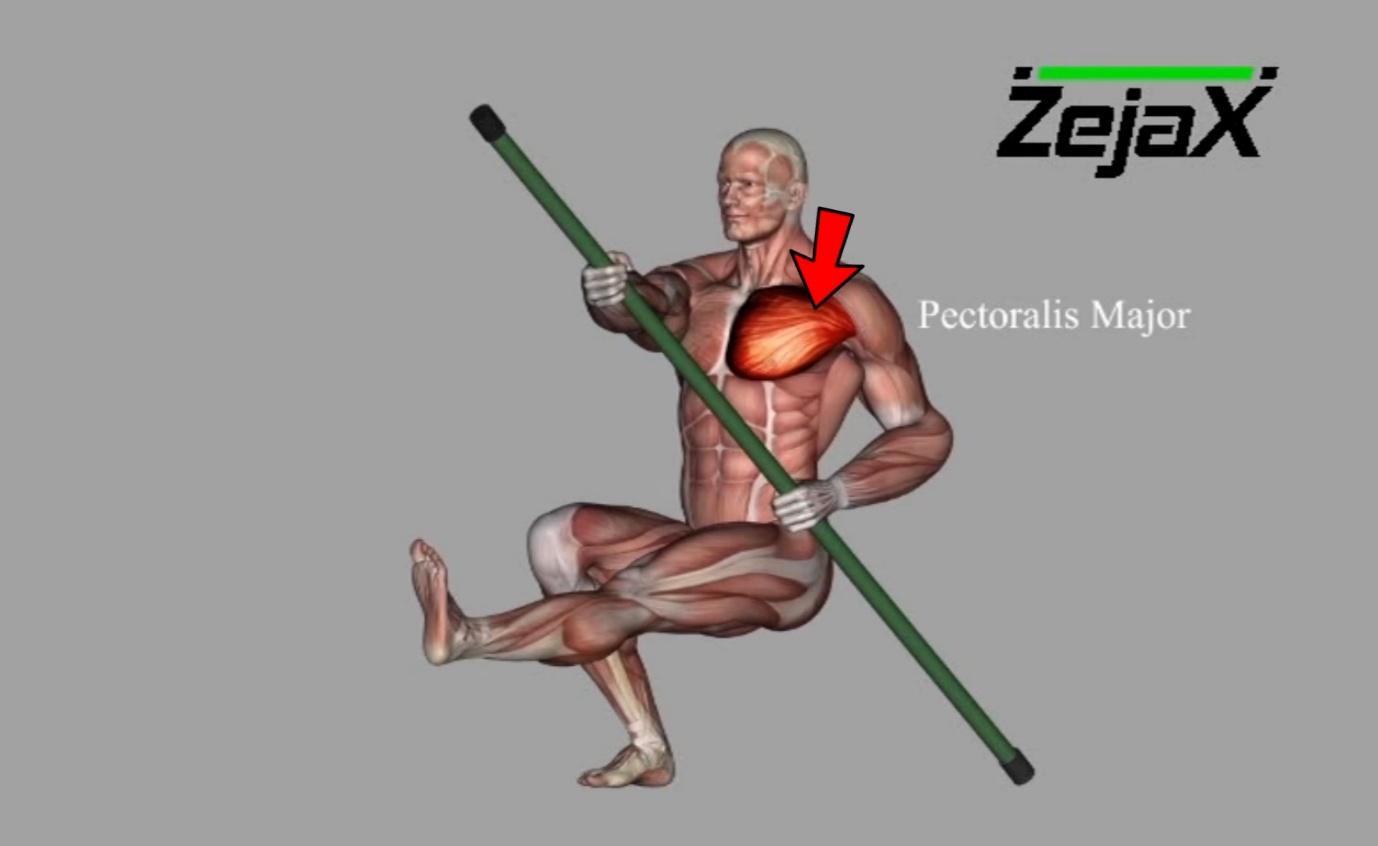 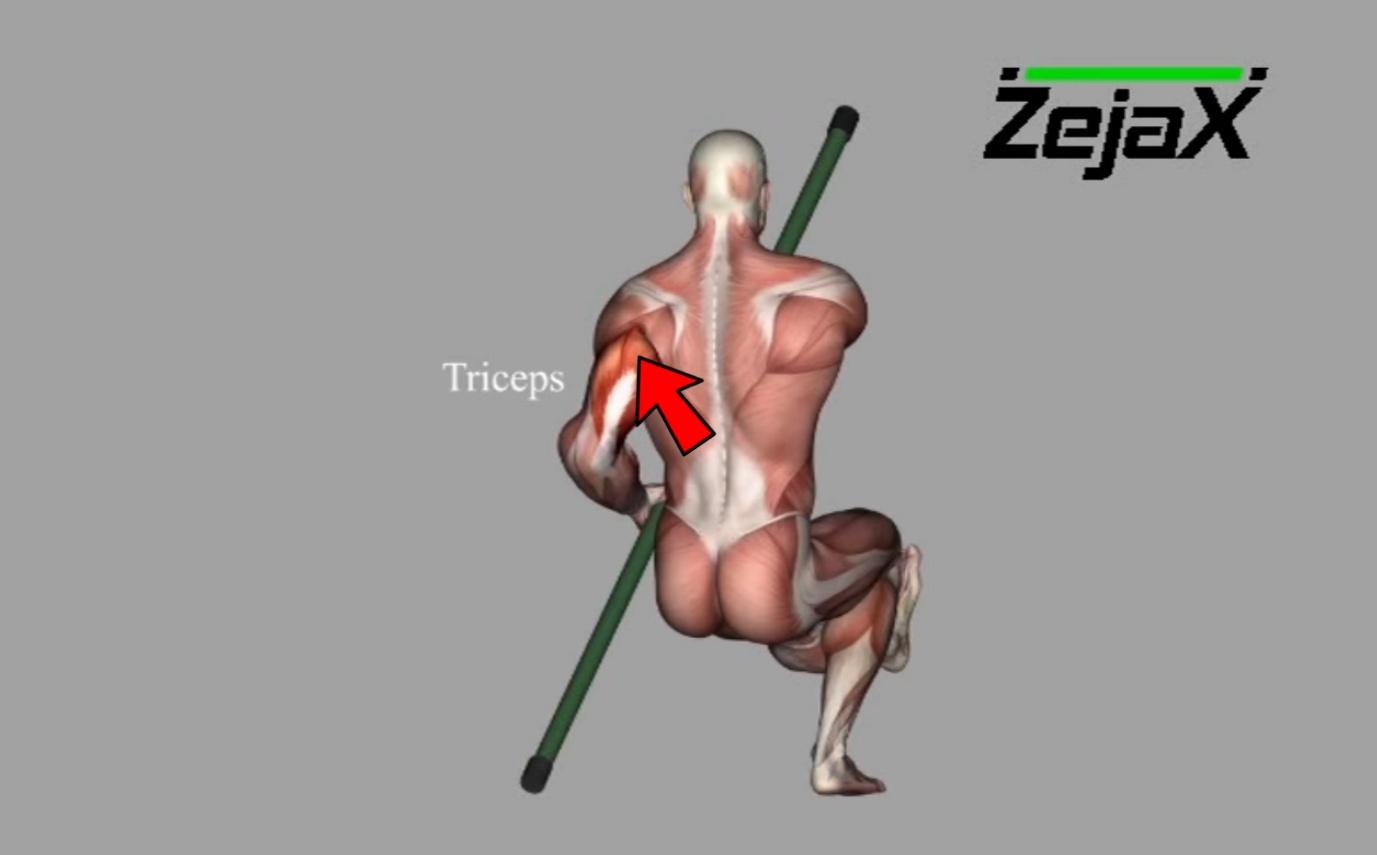 Triceps are the principal extensor of the forearm. It will be lengthening here as the arm is being flexed. 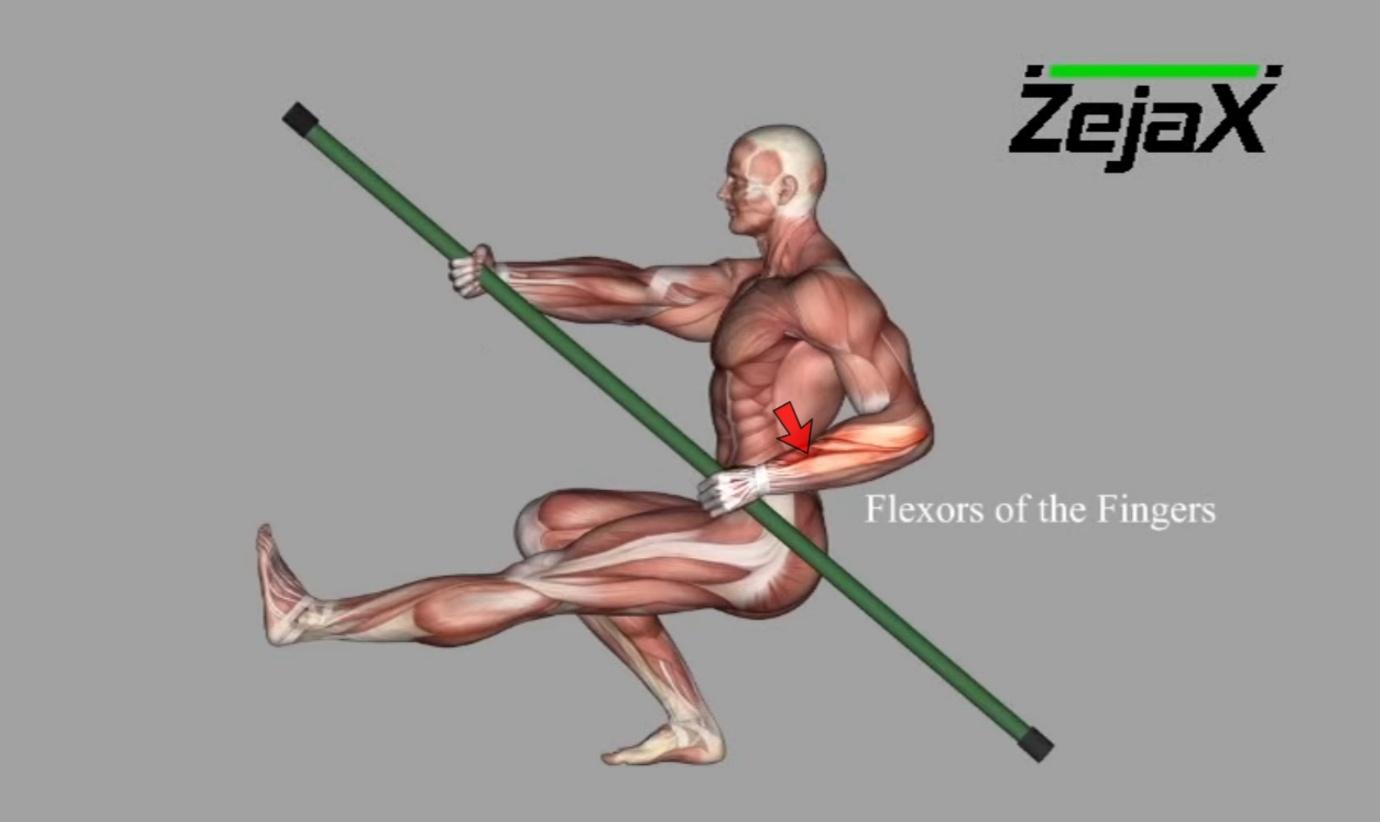 The flexors of the fingers contract in the back arm also just as they are flexing in the front arm so that the rod can be hold tightly.

Thousands of people worldwide have achieved the same results you’re dreaming about and you can too! Ready to get started? Click on the Picture Below: